Ok, 4 months is a long time. I have to admit, I really (REALLY) have been neglecting my blog… But then again I guess I’ve been neglecting a lot of things, because in those 4 months, I haven’t used my spinning wheel or my loom, only used my sewing machine for minor clothing repairs and barely made any progress on the WIPs I’ve had on the needles for months.

There could many different reasons behind this general disinterest I have been experiencing towards both crafting and the blog, but I think it’s mostly a mix of bad case of winter blues and a much needed break after completing such a big project as this dress. Add to that the fact that I also fell back into an old love of mine and picked up a couple good books to read, and there you have it – almost nothing to show for the last 4 months.

Actually, that’s not entirely true either because I DID finish one project since January, and that is the Star Anise hat that I started in December.

I also have a couple sweaters on the needles, namely here the Dessine-moi un mouton I showed you in July last year and the striped Snowflake I started early in January using some Berroco Folio I had in stash in color “tan” and “raspberry coulis”.

In other news, I also spent 4 days visiting Washington DC last month, and we had a blast! Although we were a bit late for the cherry blossoms, we still had a lot of fun visiting parks, memorials and monuments and visiting the US Capitol and the weather was just GORGEOUS the whole time we were there. For those interested, here’s a little photo recap of our fun-filled vacation in DC. 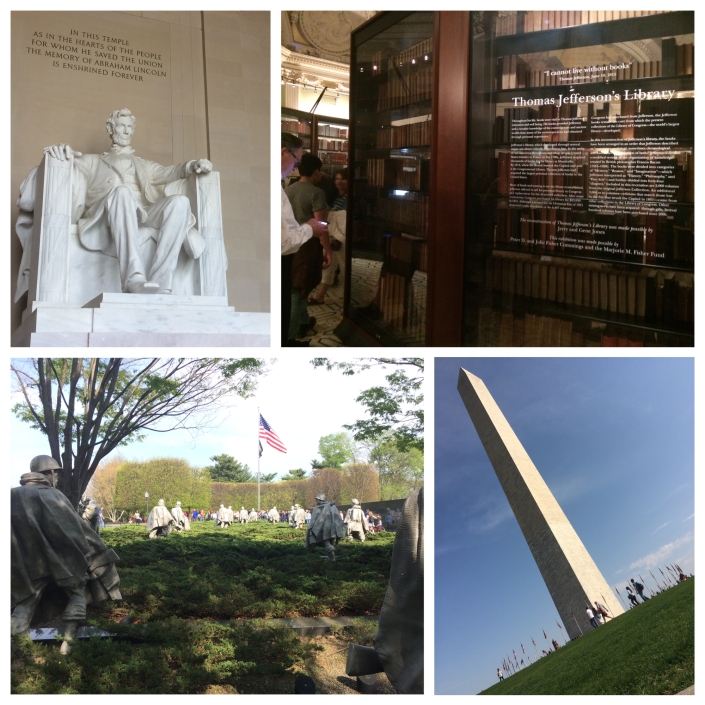 So that’s it for now folks, and I surely hope next time won’t be in another 4 months! Cheers!