Yep, winter is here! In Quebec at least. In the last couple weeks here, we’ve been hit with very heavy snow falls wrecking havoc across town and causing major power outages in the area, and just like that winter rolled around a whole month in advance. 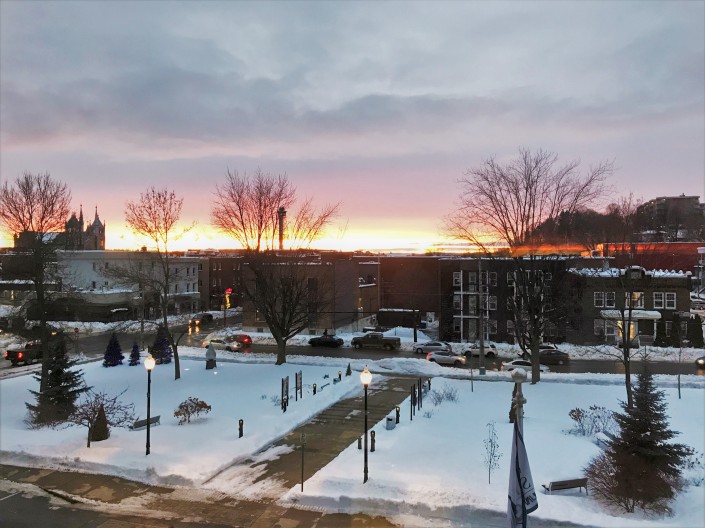 All this white fluffy chaos going on encouraged me to stay warm and cozy (while we had power, at least) on the couch, knitting stuff. Of course, season oblige, I worked on cold weather garments, like socks and scarves and things. I guess I kicked things off with a pair of socks I started on the plain to Taiwan and I’m quite happy at how they turned out. 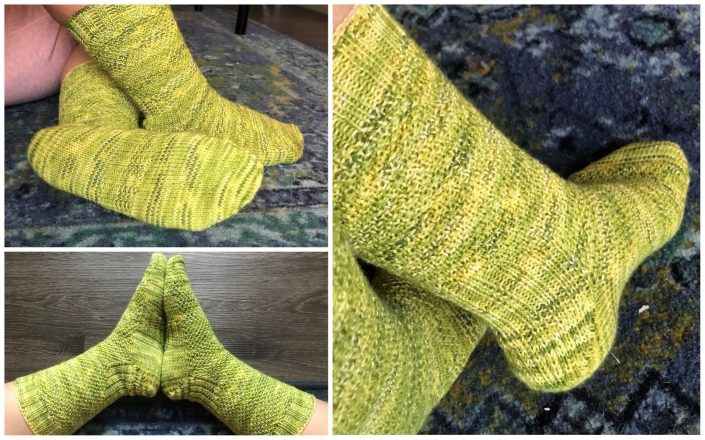 I used my own Will you be my Valentine sock pattern but modified it a tad bit to add some 2X2 ribbing under the foot and around the ankle for stability. I like how the colors played out, and I’m still quite satisfied with the look and feel of the German short row heel. I gave this pair away to my pottery teacher, hope she likes them!

The other things I worked on the last few weeks though, I must say, were more about clearing WIPs from my craft room and fixing things that needed fixing… You’ll understand what I mean here in a minute.

The second pair of socks I completed last week was a pair of Solace socks I had started last year, but encountered a bit of a problem with. Now don’t get me wrong, Vanessa’s pattern is perfect in every way (as her patterns always are!) but I worked the first sock on size 2.5 mm needle (as per pattern), but mistakenly worked the second sock on size 2.25 mm needle, resulting in a totally different size sock. Oopsie much?

You may imagine my dismay when I noticed this little mishap, I was quite disheartened with the whole thing. So much so that the socks slumbered at the bottom of a bag for more than a year before I finally decided to fix it. Since the sock that actually fit better on me was the 2.25mm needle, I ended up frogging the larger sock, an reknit it again on size 2.25 mm needle to get a matching pair. All in all though, I think it worked out wonderfully – what do you guys think?

Lastly, I worked up a very simple double-sided broken rib scarf with a few skeins of Debbie Bliss’s Andes yarn I’ve had in stash forever. The thing with this yarn though is that I bought it in an off-white color that I afterwards decided I wasn’t too fond of, and tried to dye it. Unfortunately for me, Things didn’t work out as well as I thought they would, and I ended up with a very spotty minty yarn that I was even less a fan of. I tried using it for a couple different projects, but nothing would really work out and I ended up frogging many attempts. Now, since this yarn is a very soft and pliable single, it doesn’t like frogging too too much. Consequently, I ended up damaging the yarn, loosing quite a bit of it in the process and still didn’t have any idea what to do with it.

After much pondering, I decided that simple was best, and ended up working a narrow very simple scarf that I would over-dye afterwards, to mask my unsightly early attempts at dyeing. Here’s a before shot, just so you know what I was working with.

Now all the details are as always on my project page, but I ended up doing a dip-dye gradient using some Wilton’s food colouring in the “sky blue” and “black” hues. The blue and black mixture broke down a bit and made a few small splotches of pink here and there, but I think the experiment was mostly successful, and I am very (VERY!!) happy with the result. 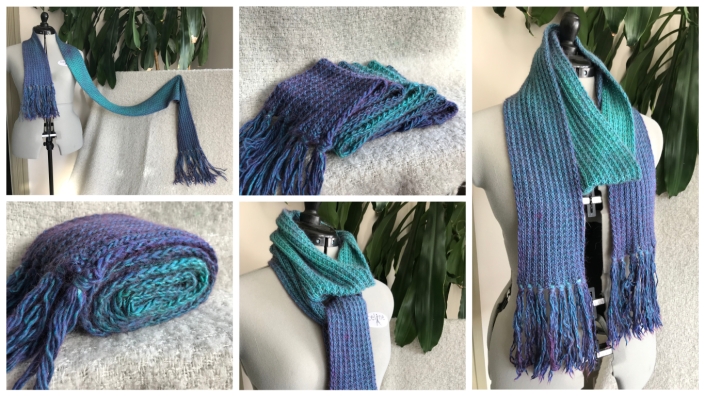 What do you guys think? Yay? Or nay?

Life is cold… SO COLD! *tears*

Guys, temperatures here in Quebec have been dropping as fast as the daylight hours have been shrinking, winter has been slowly creeping in as we’ve experienced the first snow falls of the season.

Amidst it all, the only that’s been able to provide me any sort of comfort is a cozy knit curled up with a blanket on the couch, so today I would like to show you one of my latest FOs, a Winterlight shawl by Meg Gadsbey made with The Blue Brick‘s Killarney Sock gradient yarn in the “Waterfall” colorway. 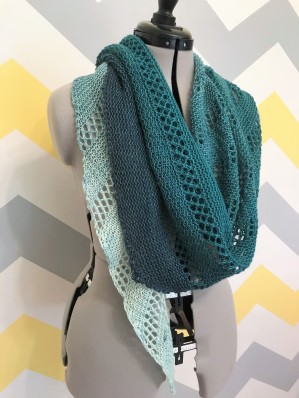 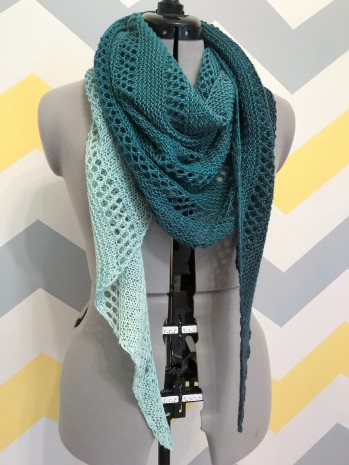 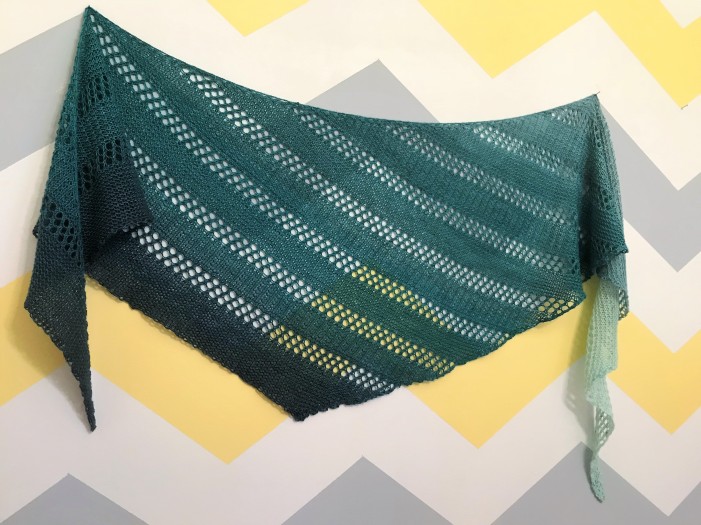 This shawl was a very fast knit because the pattern is so cleverly designed to provide interesting and varied sections with minimal effort by maximizing the use of the simple knit stitch. Most rows of this pattern are actually just plain knitted, making this pattern extremely easy to memorize and very fast to knit. It’s also a great pattern to show off a gradient or a hand spun, so I am sure that I will make many more of this in the future.

I added a few plain rows at the end since I had a bit more yarn that what was needed, but I basically just followed the pattern the entire way through. There’s no need to fix something that’s already perfect! As usual all the info and yardage can be found on my project page, so take a look there if you’re interested.

Thank you all for reading, and I’ll see you again in a couple weeks for a little travel update 🙂